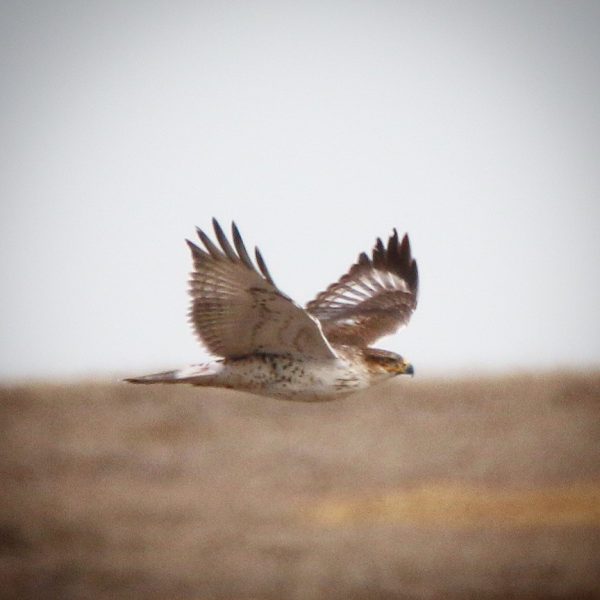 Many of our Colorado birding tours are focused on north-central Colorado to well-known hotspots including Rocky Mountain National Park and the Pawnee National Grasslands.  In early December, we organized a custom three-day trip that ventured south and west for some of Colorado’s other regional specialities.

Jeff from Florida had a very specific list of species he hoped to add to his species list for 2017 (his first year of active birding.)  He’d been keeping track of his sightings in eBird and was able to use eBird’s target species list feature to send me a list of species recorded in Colorado during December that he hadn’t yet seen.  We sorted the list in order of frequency of reports, prioritized the list, and started working on a plan.  After a bit of back and forth, we felt ten new species would be a good target.

I picked up Jeff in Denver early Friday morning and we headed to Cherry Creek State Park, one of the Denver area hotspots for waterbirds.  After a spectacular sunrise, we began studying the many geese and determined that nearly all of them were Cackling Geese, a species Jeff had glimpsed earlier in the year but now had a chance to enjoy and photograph.  Our primary goal was to find Glaucous or Iceland Gull but we couldn’t pick out either from the gull flock resting at the marina.

Our next stop was the Rocky Mountain Arsenal National Wildlife Refuge not far from Denver International Airport.  Formerly a U.S. Army chemical weapons manufacturing facility and Superfund cleanup site, the refuge is now comprised of 15,000 acres of restored prairie habitat complete with a small herd of wild bison. The Arsenal is one of the better places near Denver to find Ferruginous Hawks, one of our target birds for the trip.  Ultimately we spotted two birds along the north end of the self-guided auto tour.

We had less luck with our next target species, White-tailed Ptarmigan.  After several hours of unsuccessful scanning for all-white birds in an all-white snowy backdrop at Loveland Pass (11,991 ft.), we continued on to Buena Vista in Chaffee County for a good night’s sleep before tackling our ambitious Colorado birding day 2 agenda.  Stay tuned for more!