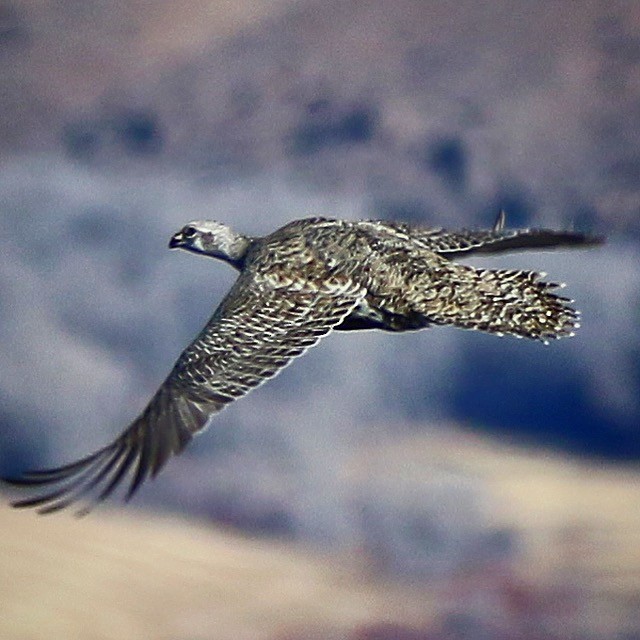 On December 10 (Day Three of our Colorado birding tour), we were met early by Marcel Such who is a student at Western State Colorado University in Gunnison and the four of us (Marcel, Jeff Kietzmann, Christian Hagenlocher, and I) headed to the west end of Blue Mesa Reservoir (created in 1966 along 20 miles of the Gunnison River.)  From here, we turned south and spent several hours cruising the rough roads that honeycomb the seemingly-endless acres of sagebrush searching for, of course, the elusive Gunnison Sage-Grouse.  There are probably fewer than 5,000 birds comprised of seven small localized populations contained in eight Colorado counties and one county in Utah.  The range of the Gunnison Sage-Grouse does not overlap with the range of the similar Greater Sage-Grouse.  We employed a variety of scanning “strategies”: 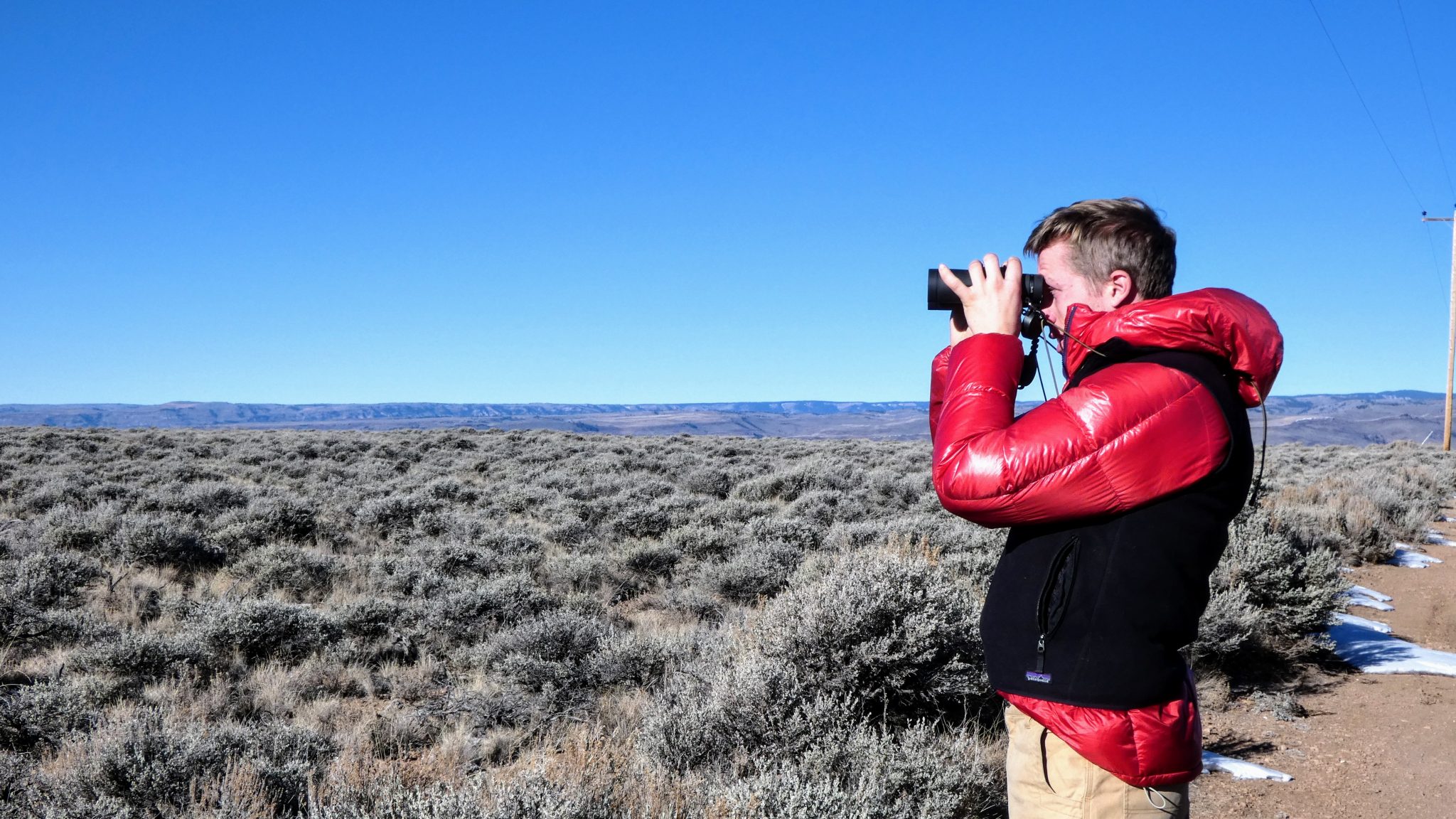 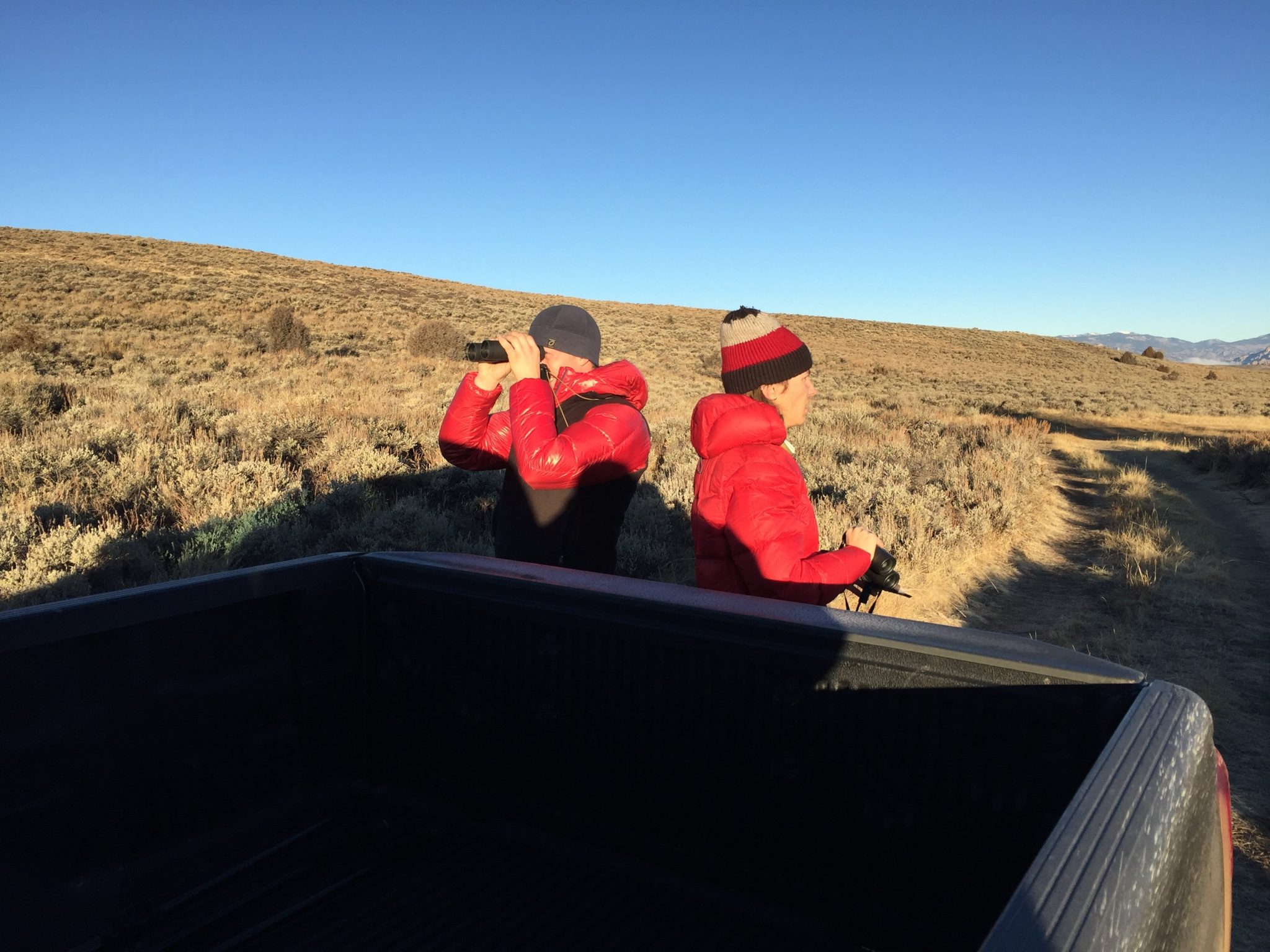 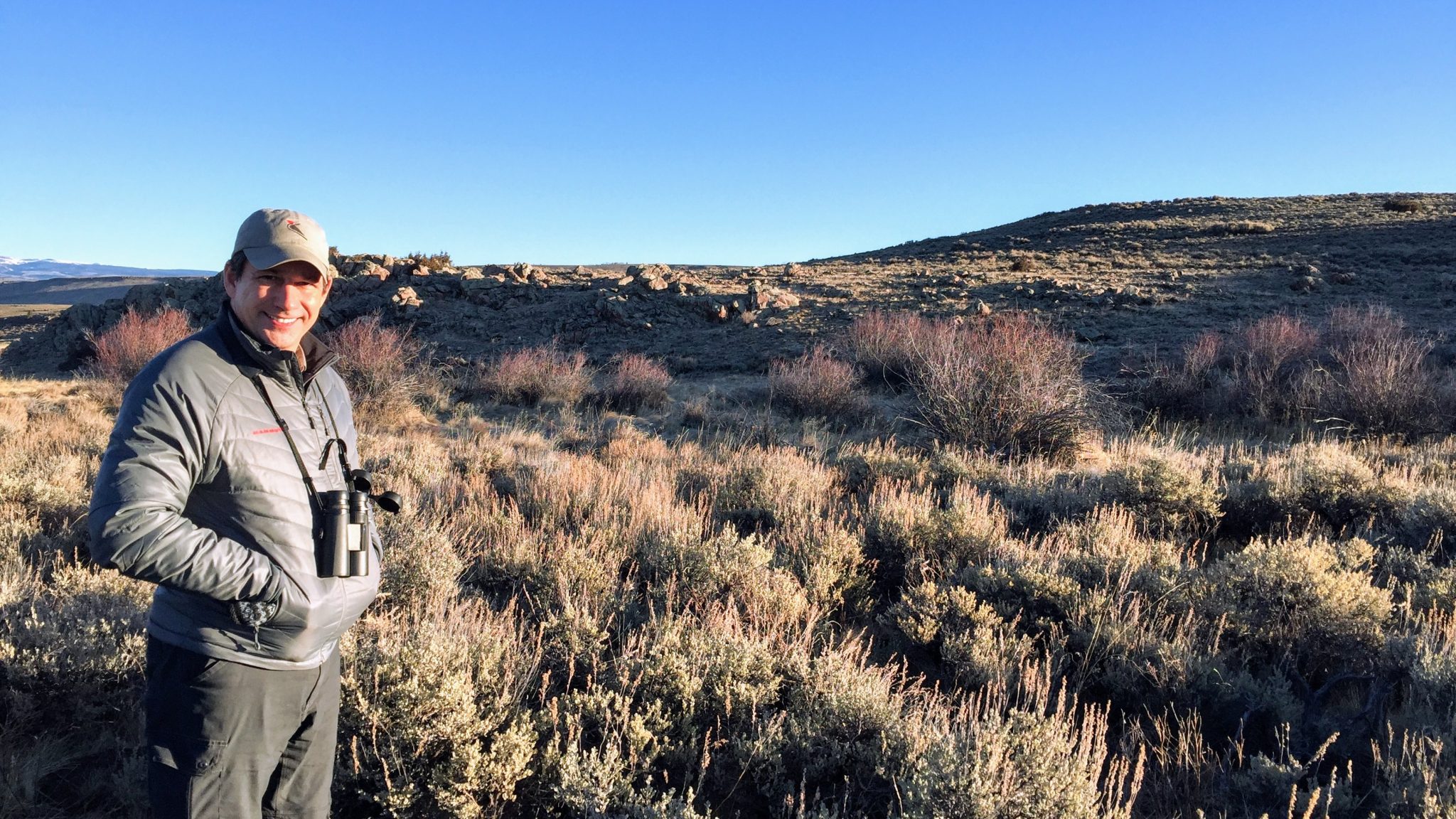 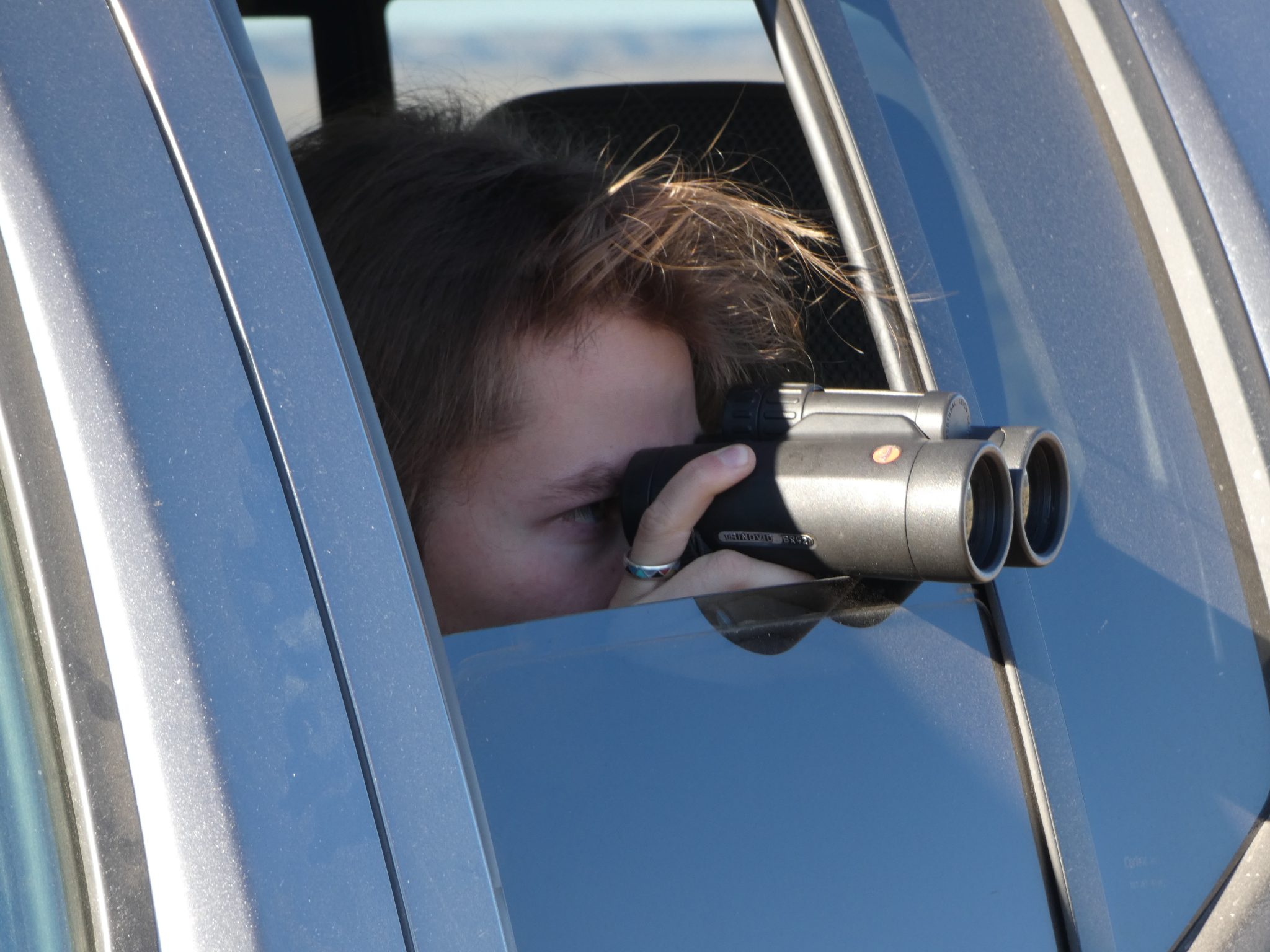 After several hours of slow cruising and checking out every shadow and clump of vegetation, we were thrilled to spot four birds (three females and a male) and Jeff was quick enough to snap some great photos:

Which created four very happy birders…here are two of them:

After dropping Christian and Marcel in Gunnison, Jeff and I headed east on Highway 50.  Just east of Gunnison, we spotted two Golden Eagles feeding on the ground very close to the highway:

One of the birds we’d missed the day before was Juniper Titmouse so based on a tip from Marcel, we stopped at Temple Canyon Park near Canon City.  It’s a narrow, rough road through perfect pinyon/juniper habitat.  Like most titmice, these birds are pretty responsive to recordings and within 30 seconds, a single bird popped up to scold us.  Predictably, it didn’t sit still very long but again, Jeff was able to catch a great shot:

In winter months, Mountain Bluebirds migrate down from higher elevations and gather into small feeding flocks in southern Colorado.  This was one of our target birds for Jeff and when we spotted some likely suspects along the highway west of Pueblo West, we turned around and went back to find several birds in perfect light for photographs:

Aided by yet another tip from Marcel, we stopped at Pueblo West where a population of Scaled Quail has been established for a number of years.   Within seconds of turning down the first residential side street, we saw a LOT of movement:

And suddenly, Scaled Quail were everywhere–we counted as many as 75 birds:

Plus a bonus Curve-billed Thrasher (one of several we found):

Our final stop of the day was the south marina area of Pueblo Reservoir, well-known as a winter gull roost.  We were hoping to find either a Glaucous or Iceland Gull for Jeff’s year list.  This flock included several Lesser Black-backed Gulls but neither of the pale gulls.  The lovely sunset was a fitting end to our three-day adventure that started at sunrise at Cherry Creek.  Overall, Jeff added ten new species to his impressive year list.  We traveled 800 miles and had a great time: