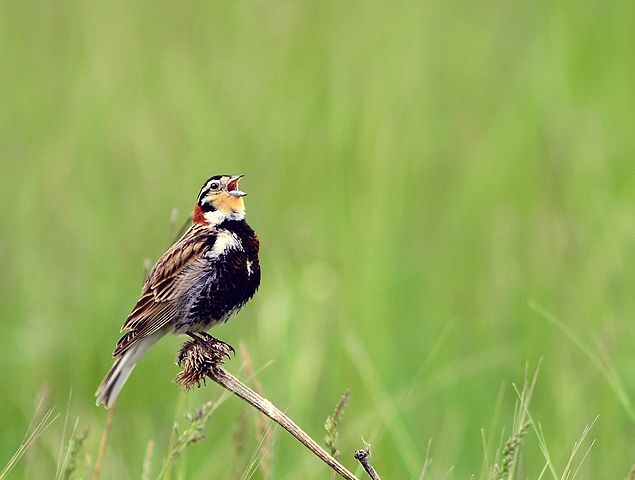 The World Wildlife Fund issued an alarming press release this past November stating that “In 2014 the Great Plains lost more acres of grasslands than the Brazilian Amazon lost to deforestation.” According to the WWF report, 53 million acres of America’s Great Plains “have been lost since 2009, threatening important and iconic species like grassland songbirds…” Four species of birds have been particularly hard hit by this habitat loss: McCown’s Longspur, Chestnut-collared Longspur, Lark Bunting, and Sprague’s Pipit. The first three of these species breed in northeast Colorado at the Pawnee National Grasslands which is one of our favorite birding tour destinations. The Pawnee Grasslands have been described as probably the most important remaining examples of short-grass prairie in the West.