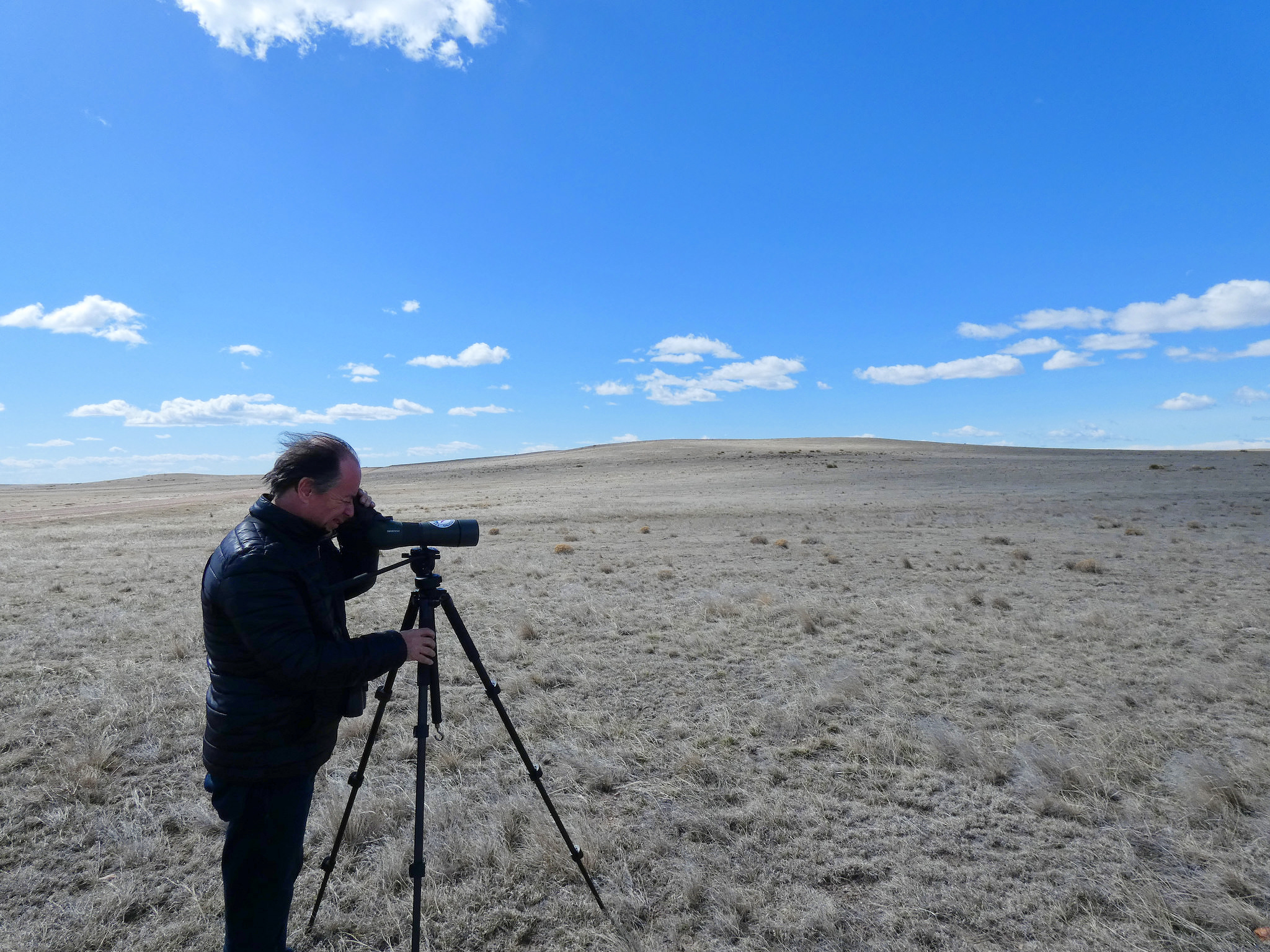 One of the great experiences of birding in Colorado is visiting both the Pawnee National Grasslands and Rocky Mountain National Park.

The title of this post is a bit tongue-in-cheek for while the Pawnee National Grasslands (PNG) is a true grassland, the alpine tundra found at the highest parts of Rocky Mountain National Park (RMNP) is not a true grassland but both habitats are essentially treeless.  In the case of PNG, the lack of trees is mainly due to low rainfall and (at least historically) regular fires.  For the alpine tundra (also defined as the area above treeline which, in Colorado, is about 11,400 ft.), the lack of trees is due to the extreme cold and wind and a corresponding very short growing season.

PNG is a patchwork of private and public land totaling roughly a million acres described by Birder/Author Pete Dunne as one of his favorite birding spots.  One of the best remaining examples of short-grass prairie in the entire Great Basin, PNG is a birder's paradise.  In spring and summer, breeding species include Golden Eagle, Swainson's Hawk, Mountain Plover, Burrowing Owl, Loggerhead Shrike,  McCown's and Chestnut-collared Longspur, and sparrows galore (Grasshopper, Brewer's, Cassin's, & Lark Bunting.)   Most of the birding is done from the roadsides and there are lots of photo opportunities.

Watching a summer sunrise at the grasslands is a fantastic experience.  One can imagine what the great American West was like with endless views of nothing but open country.  And then you turn around to face west only to see the towering snow-capped Rocky Mountains in the distance!  WOW!

Here is the cool part!

At the grasslands, the elevation is around 5,000 ft. above sea level.  Even though it's quite flat, this is relatively high altitude for many visitors--the grasslands is essentially a high desert with about 14 inches of rainfall a year.  But travel just 75 miles west as the raven flies to the top of Trail Ridge Road,  and you will have climbed (in your car!) well over a mile in altitude (7,300 feet.)  The rule-of-thumb is that every 1,000 feet increase in elevation is equivalent to driving 300 miles north in terms of climate.  So, your trip from grassland to "grassland" in this part of Colorado is roughly the same change in climate (and habitat!) as driving 2,100 miles north--which would put you somewhere above the Arctic Circle!

You can bird all day at the grasslands--taking photos and filling out your life list and the next morning, start your day with sunrise on top of the world in the glorious alpine tundra in RMNP!   And besides the amazing contrast between these two treeless "grasslands", you will pass through three additional life zones on the way.  Again, each life zone has its own vegetation and bird life.

The alpine tundra of RMNP doesn't have nearly the number of bird species as does PNG but the birding is still plenty exciting.  The two star species in terms of bird-finding are White-tailed Ptarmigan and Brown-capped Rosy-finch.  The ptarmigan actually never leaves the tundra but with 40% of RMNP being above treeline, there is plenty of habitat for this charismatic species.   Snow-white in winter and rock-colored in the summer, the ptarmigan are not that uncommon but they are EXTREMELY difficult to spot.  It's literally possible to walk right past them as they hunker down among the rocks.   The rosy-finch is only slightly easier to spot since they like to feed along the margins of the snowbanks that slowly disappear with the summer sun.

Between the grasslands and the tundra, Colorado offers a wide variety of birds and, of course, fantastic scenery.   But that journey from high desert to what is essentially the high arctic is a birding experience to be remembered!